Founded by a small group of dedicated volunteers in 1979, we have since grown to a fully staffed nonprofit organization in Annapolis, Maryland. 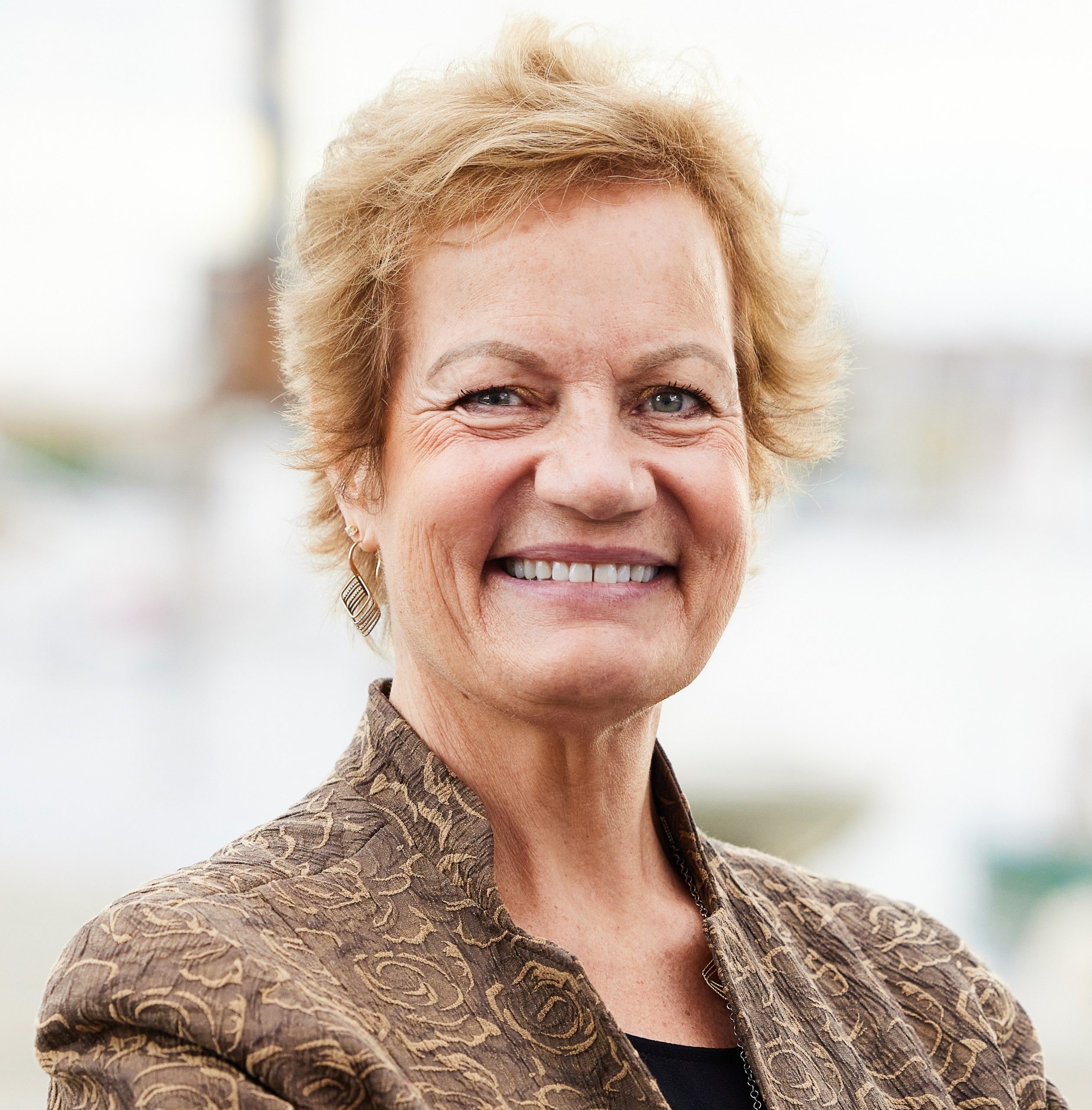 Kim Coble joined Maryland LCV in 2019 after two years as the chief operating officer at US SIF: The Forum for Sustainable and Responsible Investment. Prior to her role at US SIF, Kim worked at the Chesapeake Bay Foundation, including eight years as the Maryland executive director and then six years as vice president of environmental protection and restoration, where she oversaw CBF’s policy, outreach, and restoration work throughout the watershed.

Kim holds a master’s of science in public health. She currently is co-chair of the Maryland Commission on Climate Change. Kim was selected as one of Maryland’s Top 100 Women in 2015, appointed as an Admiral of the Chesapeake Bay, served as the valedictorian of her Leadership Maryland class, and was a member of the State Ethics Commission from 2015 to 2019. Kim lives in Annapolis with her husband and two dogs and enjoys spending time at her 120-year-old cabin in the Adirondacks
kcoble@mdlcv.org 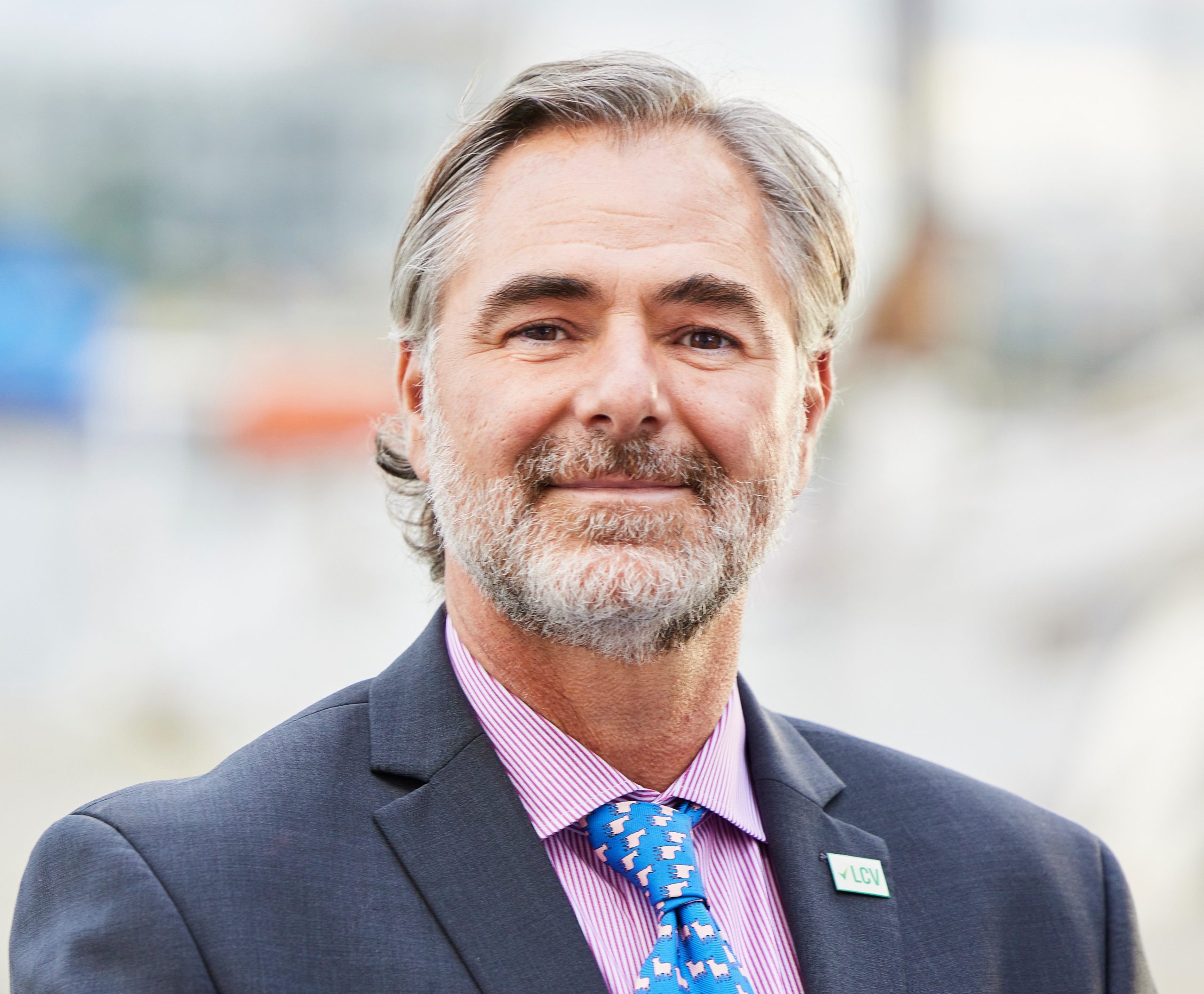 Soon after joining the organization in 2014, Ramón launched Chispa Maryland, a Latino outreach and organizing program created to ensure that Maryland Latino families have a strong voice in protecting their health and the environment. He has developed and implemented issue organizing campaigns that lead to local and statewide victories and developed new Latino leaders who can take grassroots and legislative action in environmental justice issues.

Ramón understands the challenges Latinos face in Maryland and has dedicated countless hours working with Latino community groups, faith-based and grassroots organizations, legislators, and trusted influential partners in efforts to identify unique environmental issues facing this community, as well as to increase their political participation in favor of a pro-conservation agenda. Ramón obtained his master’s degree in environmental sciences and policy from Johns Hopkins University. rpcalvo@mdlcv.org 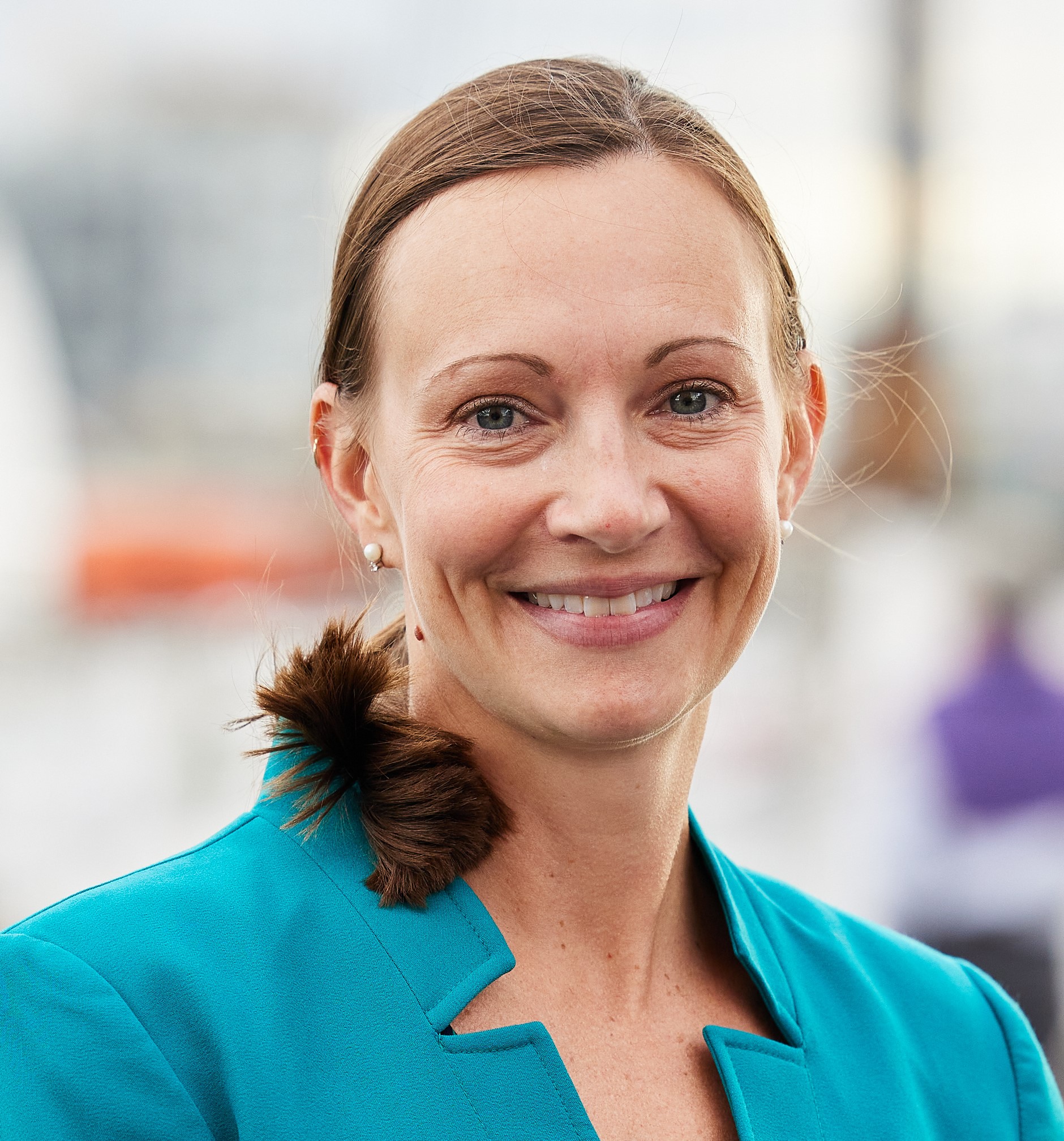 Laura Wood joined Maryland LCV in 2020 to develop and lead a comprehensive fundraising strategy. She brings 15 years of fundraising experience from her career at the Chesapeake Bay Foundation, including expertise in major grants and gifts, securing event sponsorships, and managing fundraising campaigns.

Laura holds a master’s degree in environmental policy from Johns Hopkins University and a bachelor’s degree in biology and environmental studies from St. Mary’s College of Maryland. She lives on the Chesapeake Bay in Annapolis with her husband, daughter, and dog, and, together, they enjoy exploring all of Maryland’s unique natural resources.
lwood@mdlcv.org 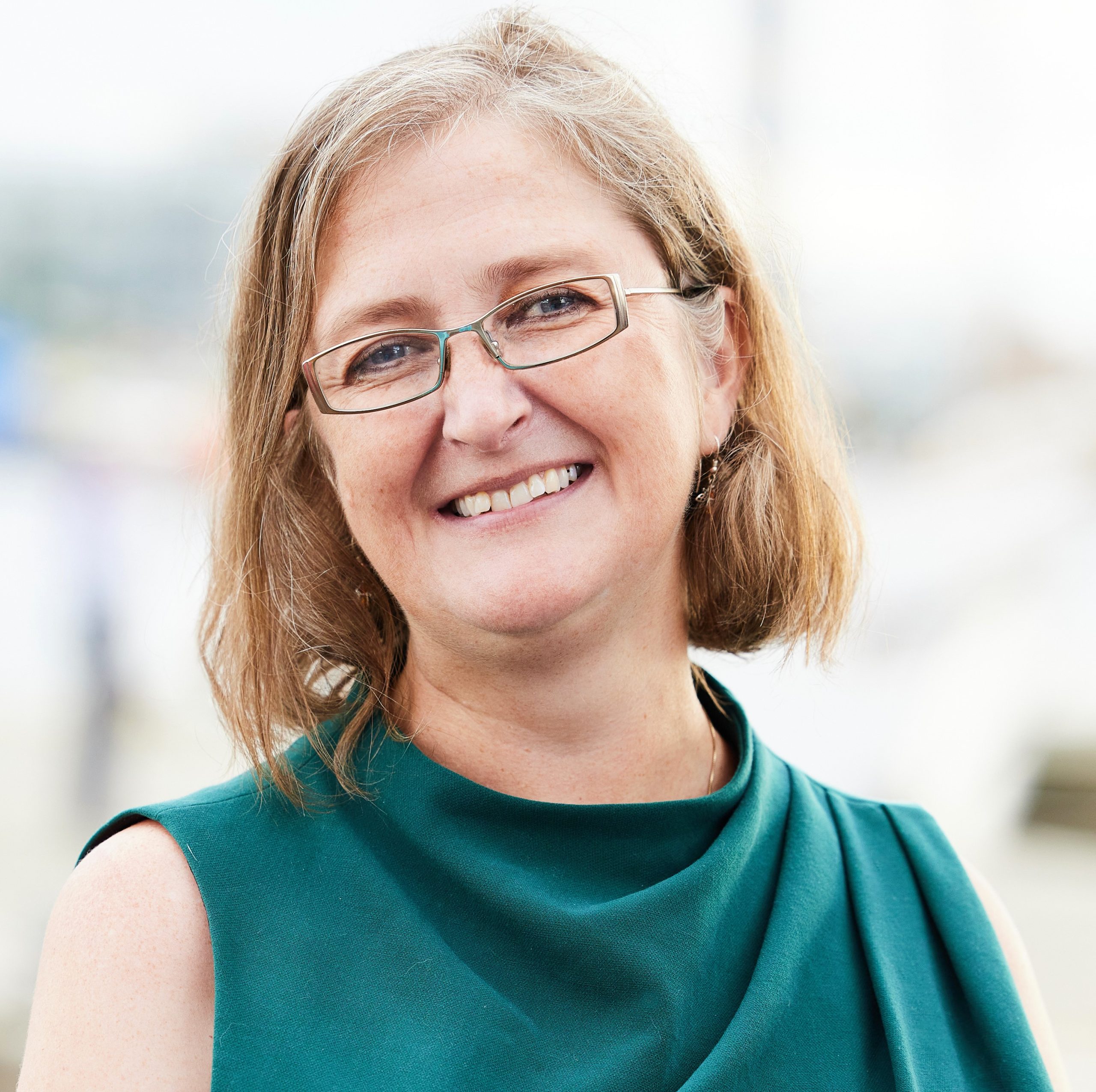 Kristen Harbeson joined Maryland LCV in 2015 after five years as senior staff to Chairman Maggie McIntosh. During her tenure with the legislature, she worked for the Environmental Matters Committee. After earning a bachelor’s degree from Hampshire College in 1996, Kristen spent a year in Paris before graduating with a master’s degree in history and museum studies from the University of Delaware in 2000. Her lifelong passion for politics and policy, however, led her to shift to advocacy work, first at Preservation Maryland and then the National Conference of State Historic Preservation Officers.

Kristen is a devoted resident of Baltimore City where she has lived for over 20 years and where she dedicates her time to her other great passions: traveling, dancing, cats, history, baking, and spreadsheets.
kharbeson@mdlcv.org 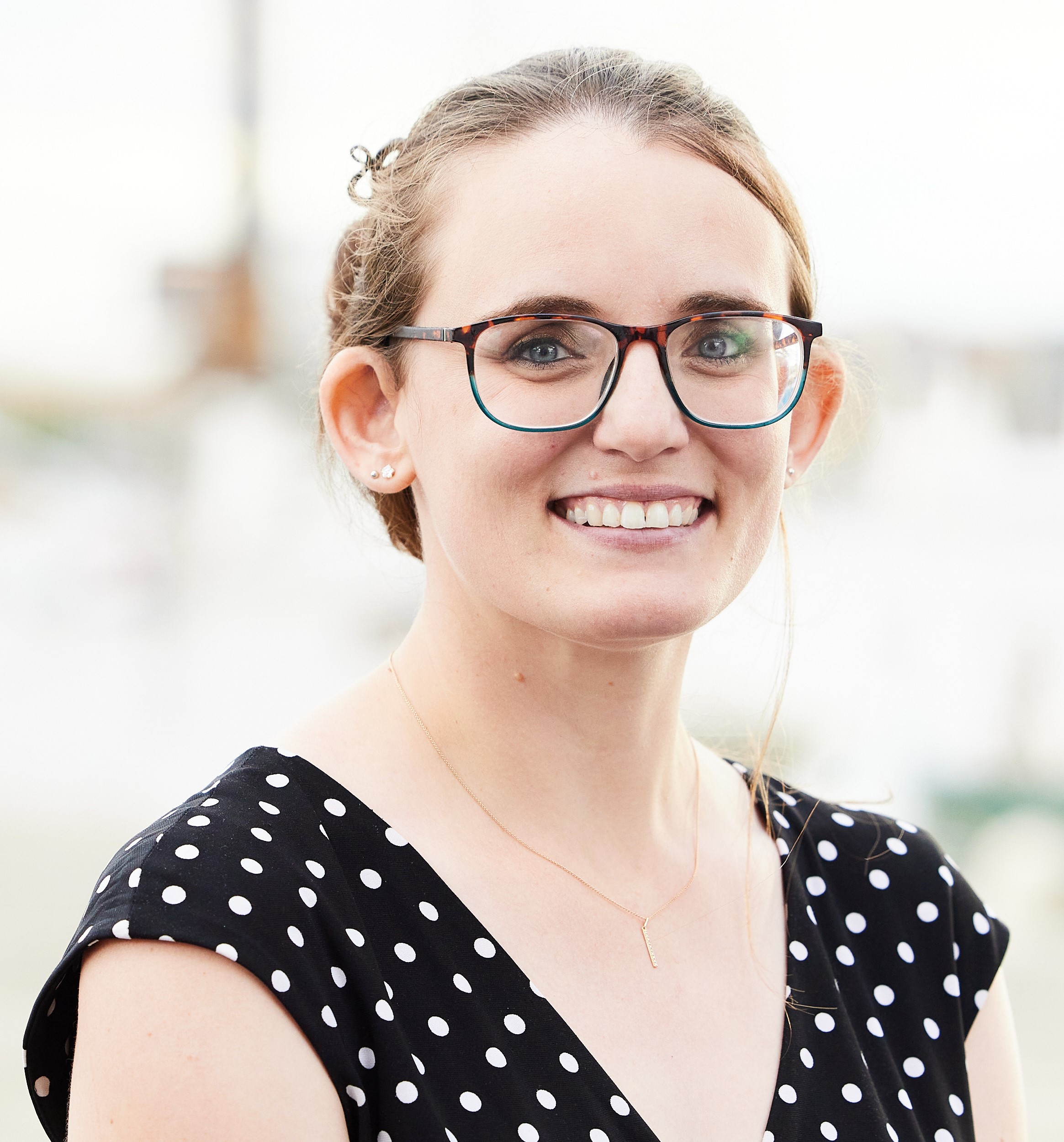 Dannielle Lipinski began her tenure at Maryland LCV as an intern and volunteer and was subsequently hired in early 2010 as the Baltimore County community organizer. Dannielle currently manages our communications, media relations, membership, digital engagement, internship and volunteer programs, and outreach activities.

A native of Maryland, Dannielle graduated from the University of Maryland Baltimore County with a degree in environmental studies and minors in legal policy and economics. She lives in Catonsville with her husband, their two young sons, tortoise, and dog, and enjoys hiking throughout the many parks in our state, gardening, and trying different canning recipes.
dlipinski@mdlcv.org 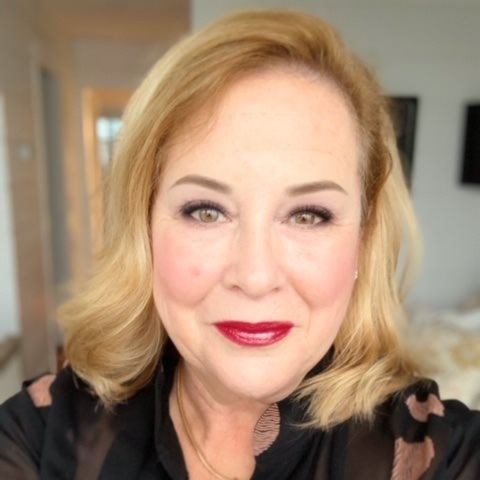 Kristyn Kuhn Eckel joined the group in 2019 with more than 30 years of communications and development experience. Prior to coming to Maryland LCV, Kristyn was the communications director at an independent college preparatory school for more than two decades, where she acted as the faculty adviser to the student-led Eco Club. She holds a bachelor’s degree from Boston College in communications and English.

A dedicated and lifelong environmentalist, Kristyn and her husband reside in Annapolis, where they enjoy biking, paddleboarding, kayaking, and gardening.
keckel@mdlcv.org 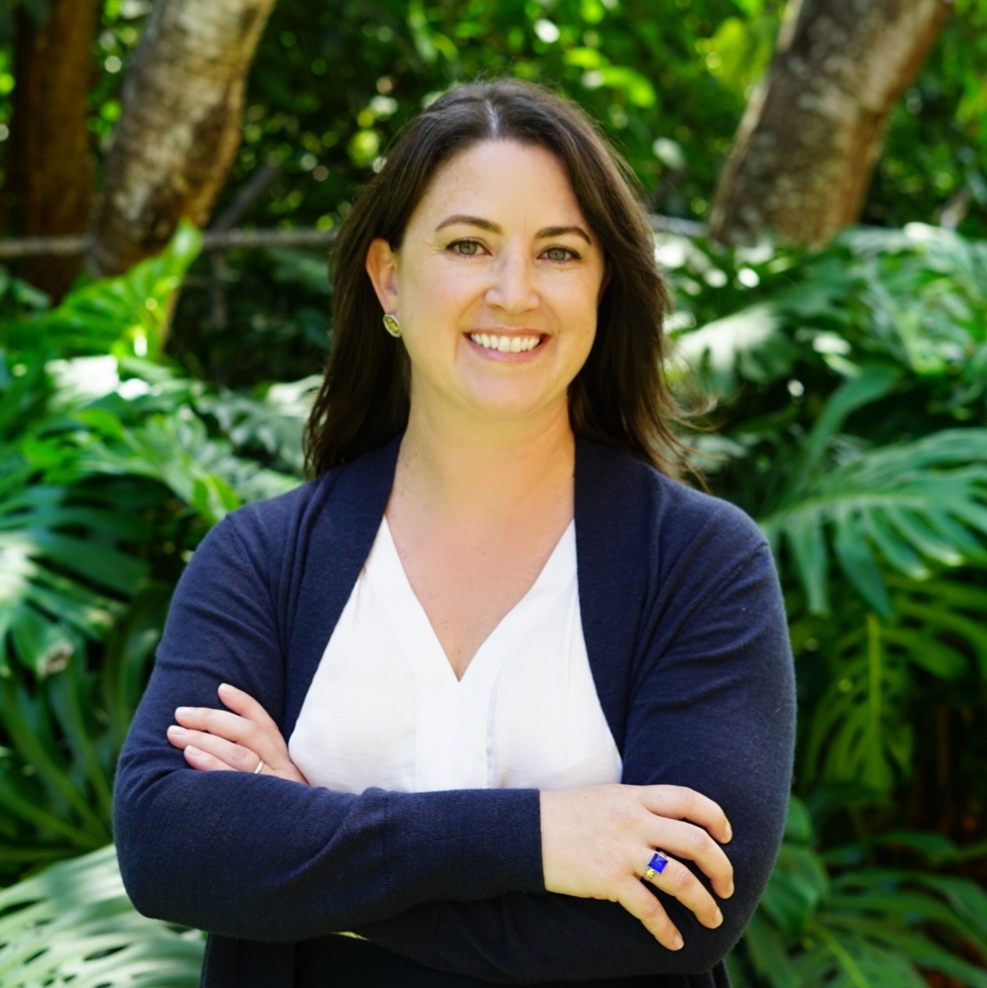 Shivaugn’s previous experience in nonprofit management and operations spans 15 years, including various roles of increasing responsibility in Michigan, North Carolina, and Costa Rica. Shivaugn received her bachelor’s degree in environmental studies from Michigan State University and later earned her law degree at the Michigan State University College of Law. Shivaugn lives in Annapolis, on Weems Creek, with her husband and two dogs.
sahern@mdlcv.org 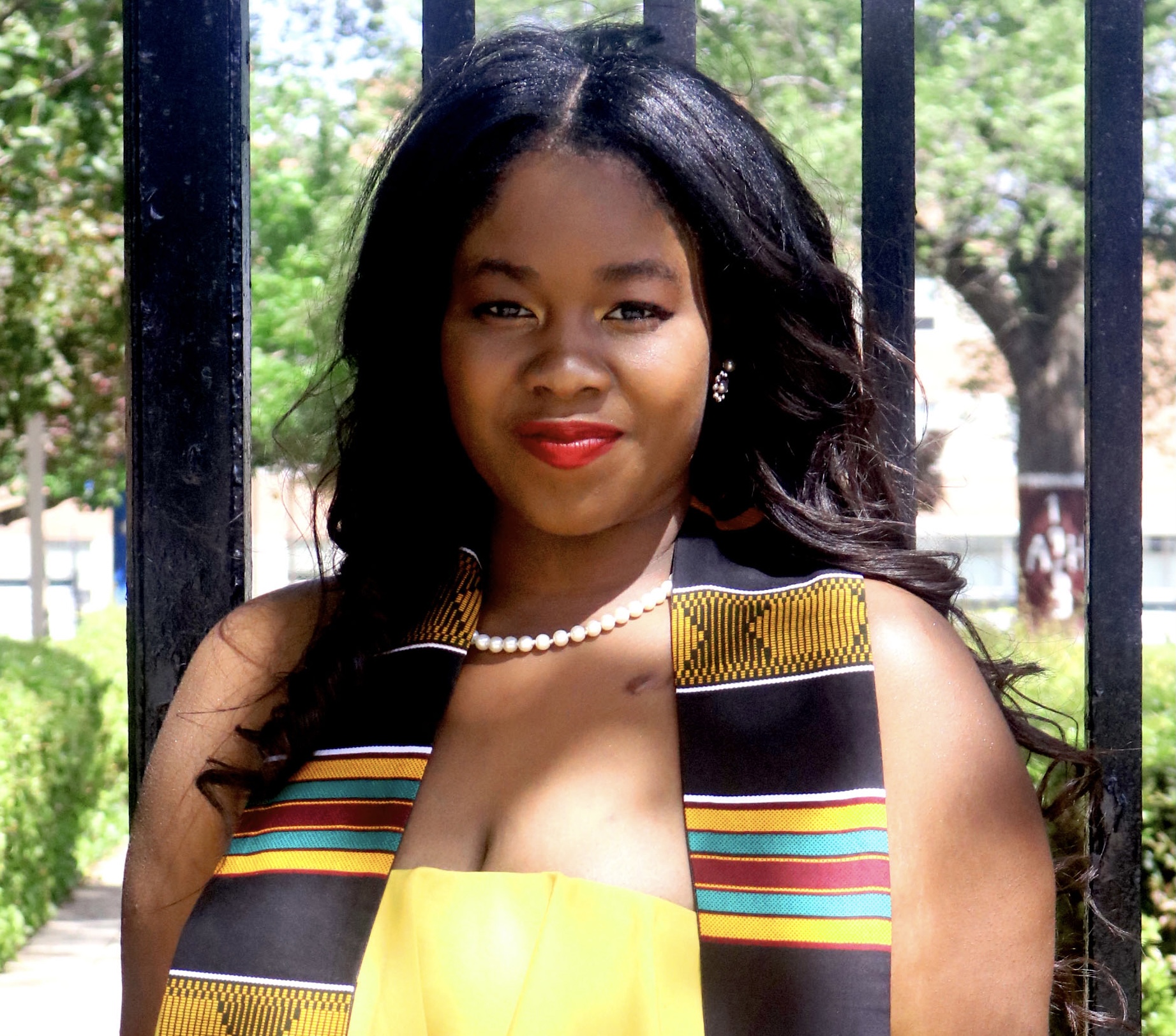 Neka Duckett-Randolph joined Maryland LCV in 2022 to mobilize voters and legislators around climate priorities in the upcoming election. Originally from the Southside of Chicago, Neka first came to the east coast in 2013 to attend Howard University. In May of 2016, she interned in LCV’s national campaigns department where she fell in love with grassroots organizing and political advocacy.

After graduating from Howard with a bachelor’s degree in political science and a BA in philosophy, Neka joined the fight for equitable education for all and became a teacher with Teach for America in rural North Carolina. After that, she returned to Chicago and worked as the Community Outreach Coordinator for Revolution Workshop, a workforce development non-profit on the city’s west side. Neka currently resides in Hyattsville.
nduckett-randolph@mdlcv.org 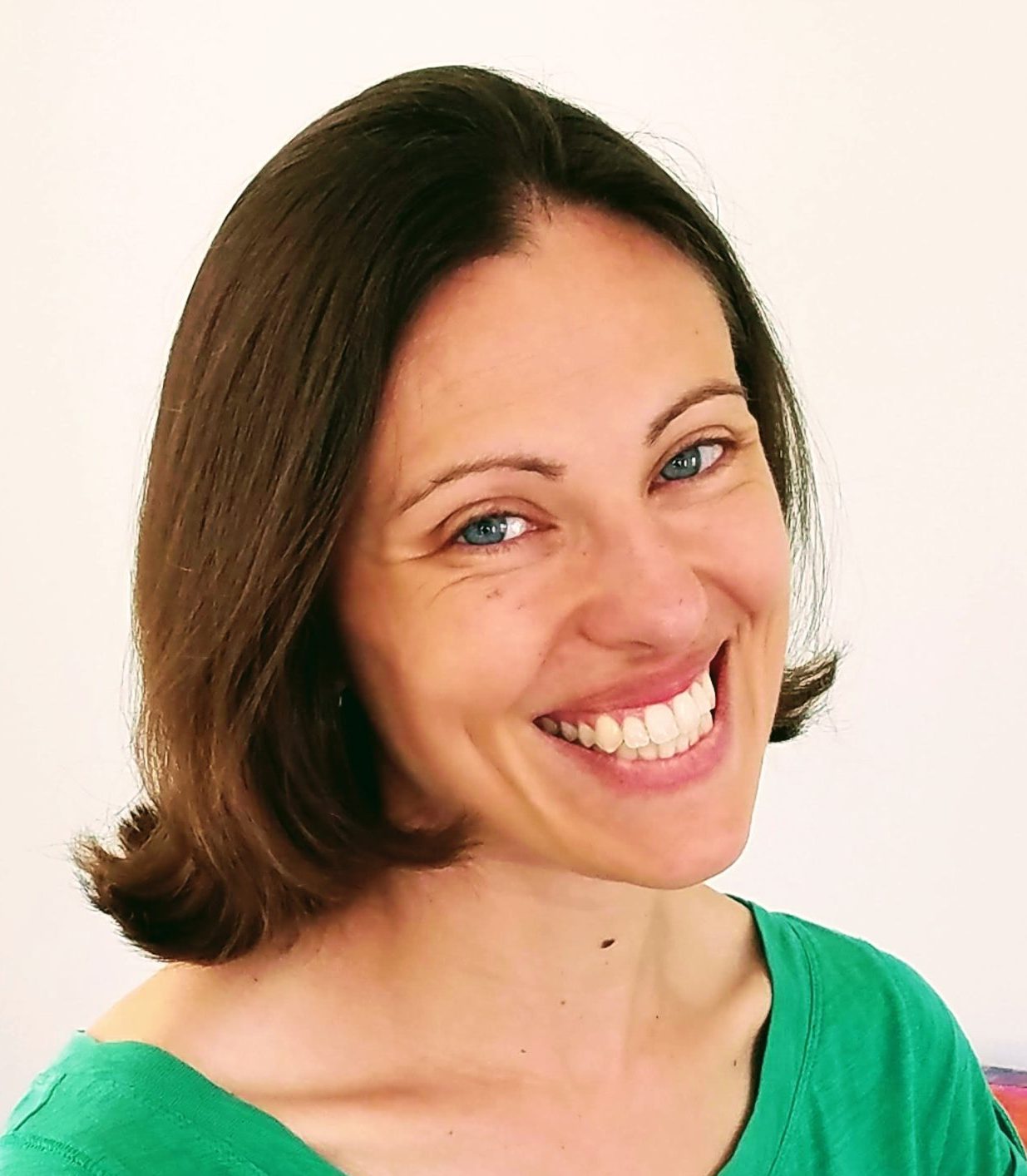 Marisa Olszewski joined Maryland LCV in 2022 to serve as an organizational expert on policies, regulations, and proposed legislation, as well as community education and outreach programs. Marisa’s experience in Maryland environmental science and public education and outreach spans 15 years, through roles with the Maryland Environmental Service, the Dundalk Renaissance Corporation, and the Robinson Nature Center in Howard County.

Marisa has a passion for empowering people with science and advocating for a healthy environment for all Marylanders. Marisa earned a bachelor’s degree in interdisciplinary studies from Goucher College and a master’s degree in environmental biology from Hood College. She lives in Sparrows Point with her husband and daughter.
molszewski@mdlcv.org 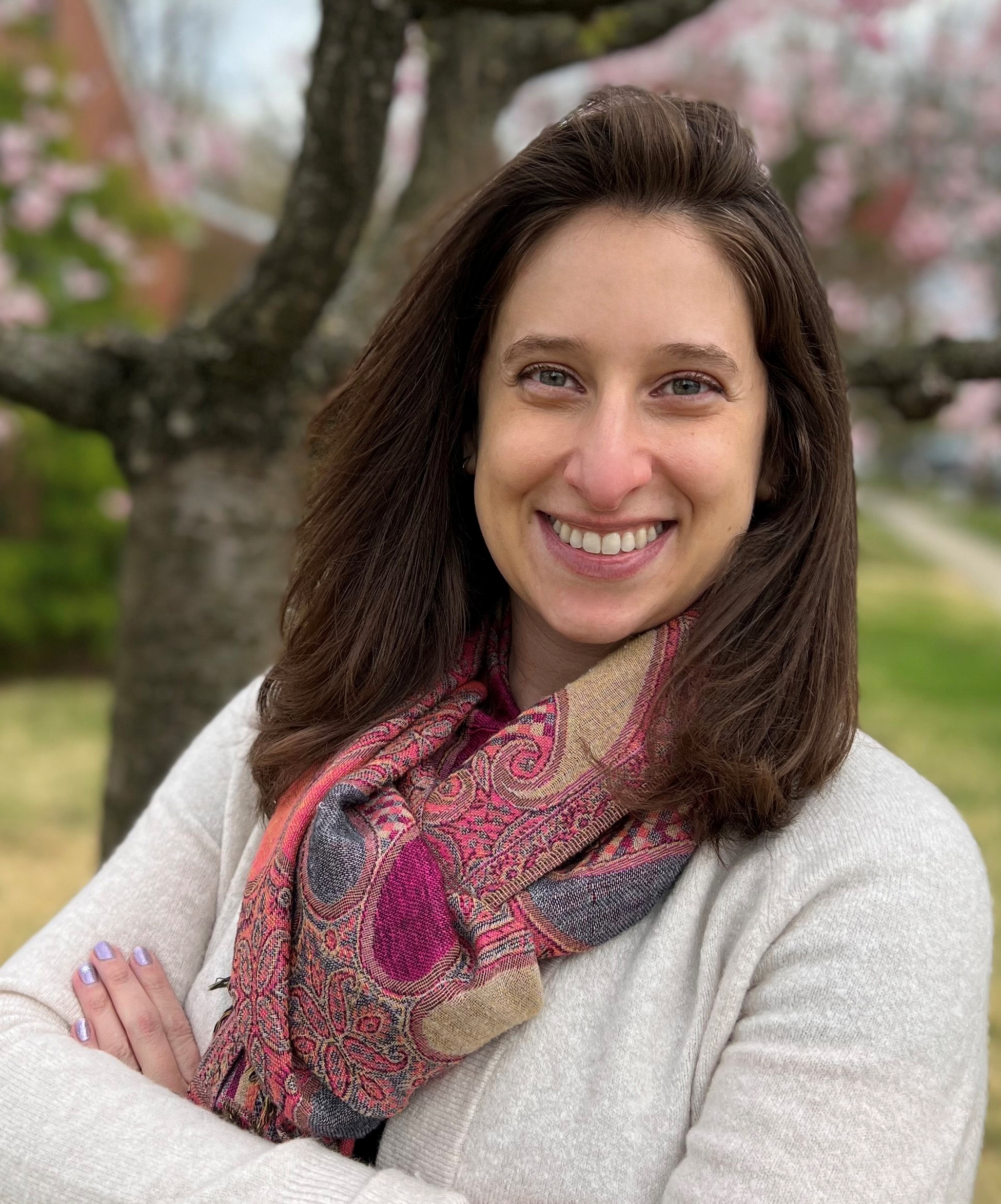 Rebecca Rehr joined Maryland LCV in 2022 to shape the organization’s climate policy efforts with a focus on communities that are overburdened by a history of environmental injustice. Rebecca was previously director of ecoAmerica’s Climate for Health Program, where she worked to build the health voice on climate action. Before that, she served as the public policy and advocacy manager at the Maryland Environmental Health Network.

Rebecca deeply believes that health equity is the foundation of strong and just climate solutions. Rebecca lives in Silver Spring with her husband. She earned a bachelor’s degree in environmental studies and public policy at Franklin and Marshall College and a master’s degree in public health in environmental health sciences from the University of Maryland School of Public Health.
rrehr@mdlcv.org 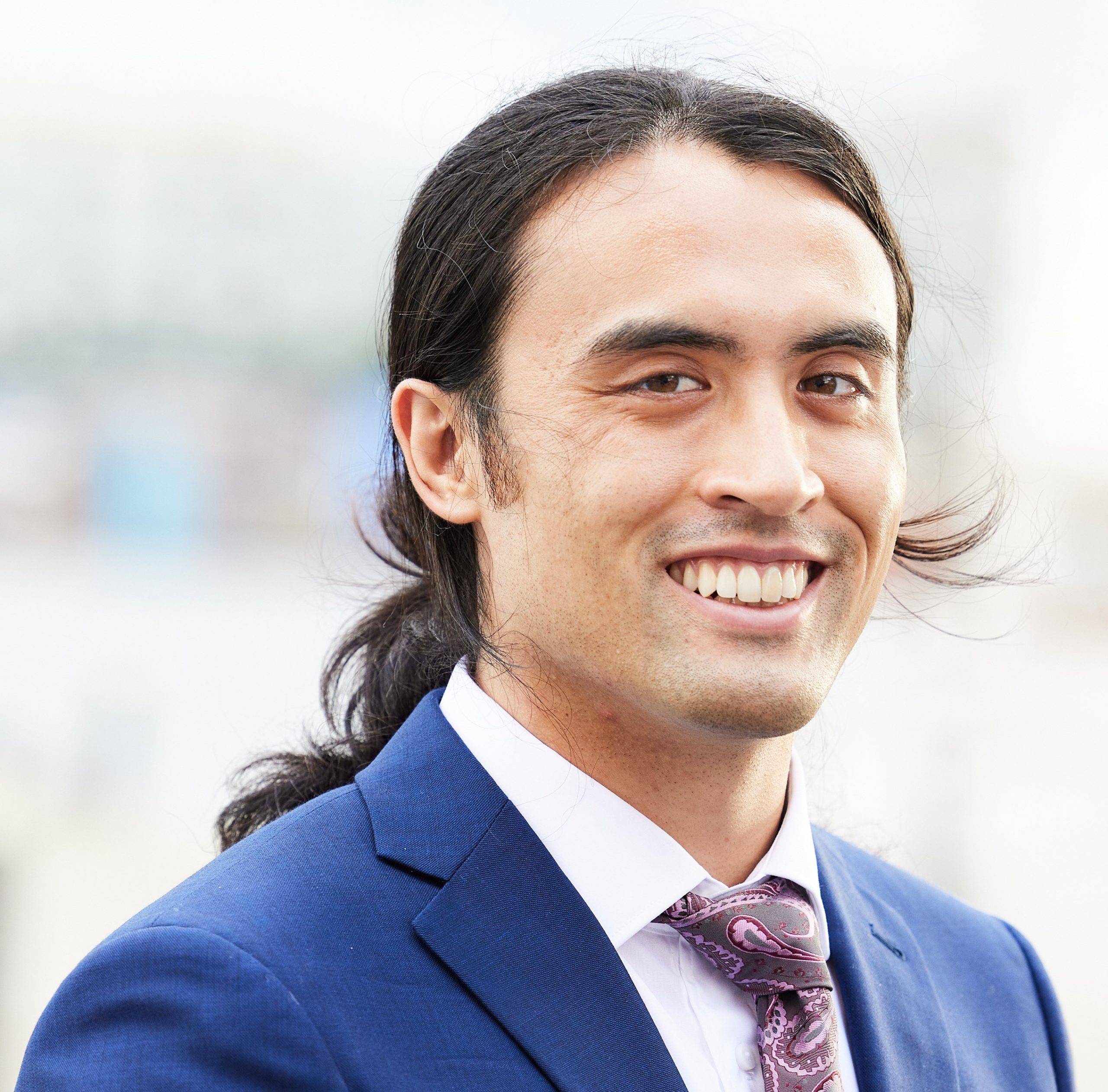 Kai Mateo is the federal climate campaign manager for Maryland LCV, New Jersey LCV, Conservation Voters of Pennsylvania, and New York LCV.. He crafts strategy, liaises with the National League of Conservation Voters, and coordinates the state teams as they fight for strong federal climate legislation in Congress. Before joining LCV, Kai worked as a regional relational organizing manager for the Democratic National Committee, where he was part of a team that built a groundbreaking, nationwide relational organizing program.

Kai has extensive experience in political campaigns, community organizing, and grassroots capacity-building with a variety of organizations, including the Recovery Advocacy Project, the Formerly Incarcerated Convicted People and Families Movement, the City of South Bend, the Leading Change Network, the Bloomberg City Leadership Initiative, and the Harvard Kennedy School, where he was a teaching fellow for Professor Marshall Ganz. He is a graduate of Deep Springs College and Harvard College, where he was a Gardner Fellow and a Mellon Mays Fellow. Raised in San Diego, Kai now lives in Philadelphia. 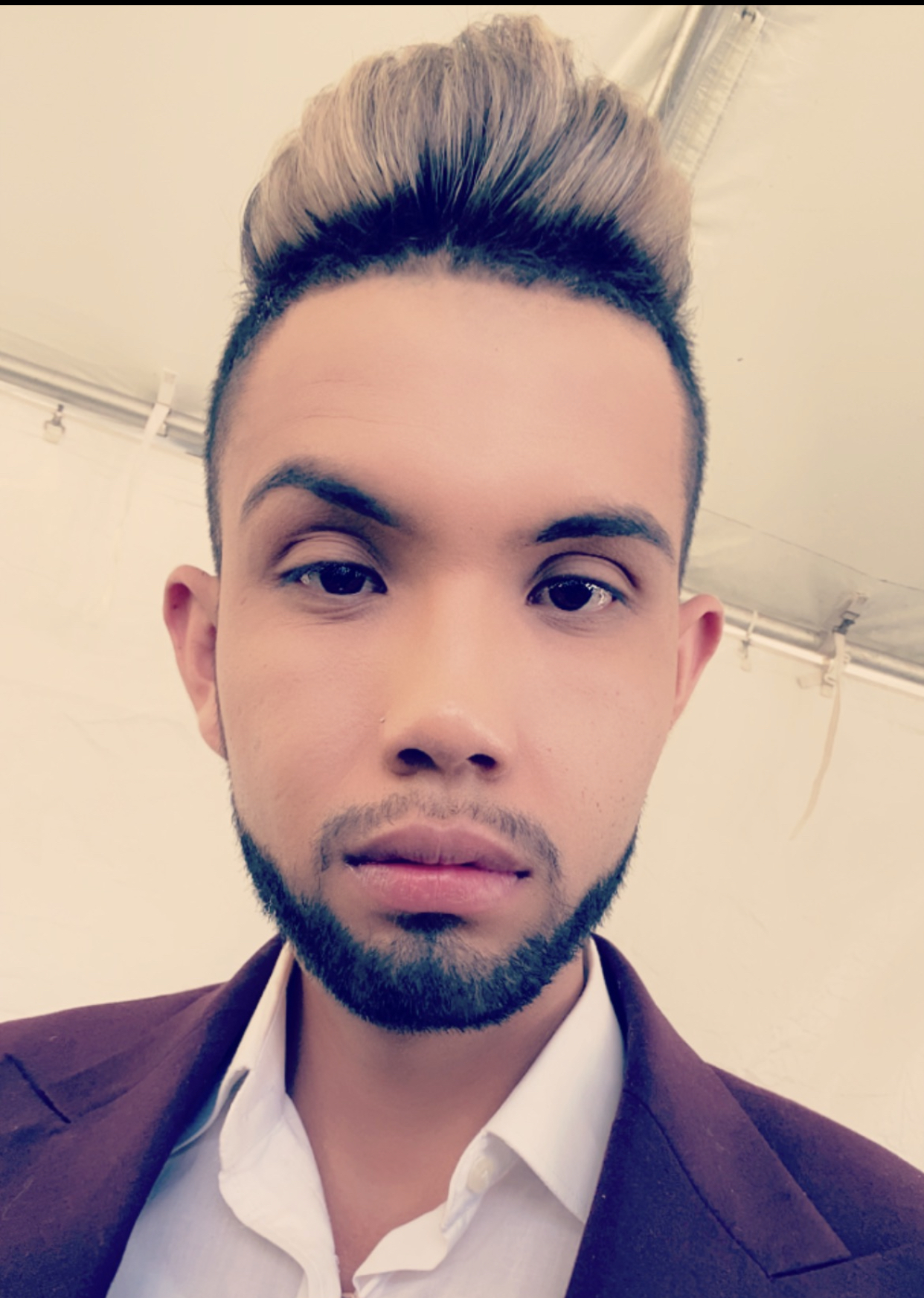 Elíseo Magos González joined Maryland LCV in 2021 after almost five years as a community organizer at CASA, where he worked closely with Latinx families and communities to ensure their voices were heard. Elíseo has also worked on immigration and education issues and is particularly skilled at identifying community members with leadership potential and helping them become powerful forces for their community.

A native of Mexico, Eliseo lives in District Heights Maryland where he enjoys hiking and planting.
emagos@mdlcv.org