The Not-to-be-Missed Environmental Event of the Year 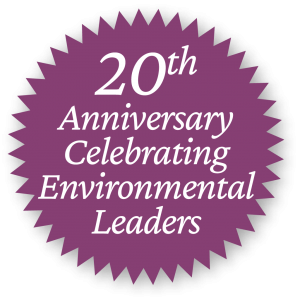 In honor of the 20th anniversary of this event, we’ve shaken things up! Not only does this affair have a new name, we’ve also relocated our annual leadership celebration OUTDOORS to the waterfront in Fells Point, and with more emphasis on networking and socializing.

We will honor Marylanders who have demonstrated vision, leadership, and courage in protecting clean water, healthy air, and resilient communities and celebrate with delectable small-plate fare and luscious libations.

Be sure to save Thursday, September 23, for this not-to-be-missed gathering of more than 300 of our state’s most influential business leaders, elected officials, environmental advocates, and philanthropists to celebrate clean water, healthy air, and climate justice.

Mouth-watering culinary delights (all sustainably sourced, of course), an inspiring keynote speaker, environmental leadership awards, and hopefully YOU! It’ll be a night to remember. We can’t wait to see you in person at this year’s celebration of environmental leaders!

This is always a sell-out event!

Maryland LCV invites you to be a distinguished sponsor of our 20th annual signature event, Changemakers. Known as Maryland’s premier non-partisan political event for the environment since 2001, this fundraiser will once again bring together more than 300 of our state’s most influential business leaders, elected officials, environmental advocates, and philanthropists to celebrate clean water, healthy air, and climate justice.

Become a Changemakers sponsor and put your company or organization in front of our event audience of decision-makers and environmental leaders and extend your reach beyond the event. Sponsors will be highlighted in our event communications seen by our members—over 20,000 voters—and other target audiences both before and after the event day. 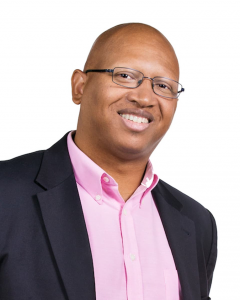 Dr. Sacoby Wilson is an associate professor with the Maryland Institute for Applied Environmental Health and the Department of Epidemiology and Biostatistics at the University of Maryland, College Park School of Public Health. Dr. Wilson has 15 years of experience as an environmental health scientist and has partnered with community-based organizations across the country on environmental justice issues including environmental racism.

Dr. Wilson will receive the John V. Kabler Memorial Award, which is presented by Maryland LCV to recognize an outstanding environmental leader or organization. Previous winners include such Maryland environmental luminaries as Congressman Wayne Gilchrest (2008) and DNR Secretary John Griffin (2012). 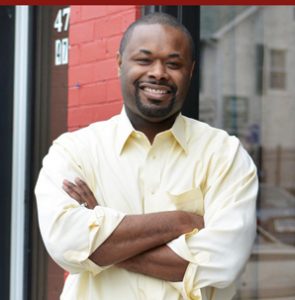 Sen. McCray, a member of the Budget and Tax Committee, has represented Maryland’s 45th legislative district since 2018 and also serves as vice-chair of the Maryland Democratic Party. He will receive Maryland LCV’s Legislator of the Year award in recognition of his leadership as lead Senate sponsor of the Transit Safety and Investment Act (SB199/HB 114).

Senator McCray has a 97 percent lifetime environmental score from Maryland LCV through his seven years in office, including four as a member of the House Environment and Transportation Committee. During a session where advocates were limited by remote access, Senator McCray became the chief advocate in the Budget and Taxation Committee and, working with leadership, assured a unanimous vote out of the committee for the key environmental bill. 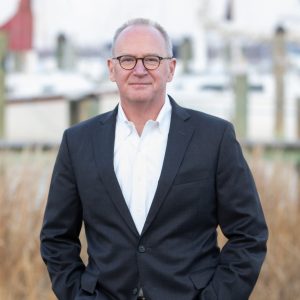 Jeff Eckel has served as chairman and CEO of  Hannon Armstrong since 2013 (NYSE: HASI), a leading investor in climate solutions. Under his leadership, the firm has become globally recognized for its pioneering approach to sustainable investing, serving as a trusted capital provider to leading companies in renewable energy, energy efficiency, and other sustainable infrastructure markets.

Mr. Eckel has held several industry positions, including chairman of the board of the Maryland Clean Energy Center, member of the board of the Alliance to Save Energy, member of the President’s Council of Ceres, and member of the U.S. Department of Energy’s Secretary of Energy Advisory Board (SEAB) Task Force on Federal Energy Management. Currently, he serves on the Board of Trustees of The Nature Conservancy of Maryland and DC. CR Magazine named Mr. Eckel Responsible CEO of the Year, and the Maryland Clean Energy Center recognized Mr. Eckel as the Clean Energy Champion of the Year.

David Hardy joined Ørsted – the global leader in offshore wind – in March 2020 and was appointed Chief Executive Officer of Ørsted Offshore North America in October 2020. Initially joining the company as President and Chief Operating Officer, he is now the first American to head an Ørsted Offshore division. As CEO he is focused on successfully developing Ørsted’s portfolio of North American offshore wind projects in a way that will ensure the launch of a new American industry, including revitalizing port communities and creating highly-skilled jobs across the country.

Under Hardy’s leadership, Ørsted is not only building infrastructure that will produce clean electrons, but also leading the industry in building a U.S. manufacturing base and American workforce. Ørsted recently partnered with North America’s Building Trades Union to establish a national workforce development model. Following a similar collaborative approach, Ørsted has developed numerous local content and American jobs opportunities including, but not limited to: upgrades to the Port of Providence, RI and New London, CT, investments in a monopile manufacturing facility at the Paulsboro Marine Terminal in NJ, entering into a long-term charter agreement for the provision of the first-ever U.S. flagged Jones Act-qualified Service Operations Vessel with Edison Chouest Offshore in LA, and a commitment to charter the first U.S. flagged Jones Act-qualified offshore wind turbine installation vessel, the Charbydis, to be built in TX and home-ported in VA.

Prior to joining Ørsted, Hardy held senior executive roles for wind energy companies Senvion and Vestas, working both in the U.S. and abroad. He is a proud U.S. Navy veteran, having served for more than eight years in the U.S. Navy submarine community in different roles and capacities. In addition to spending time at several other high-tech industrial companies, he spent a large portion of his career at GE in progressive commercial leadership positions. Hardy holds a Bachelor of Science degree in Mechanical Engineering from NC State University, and an MBA in Finance and Management from the Stern School of Business at NYU.

Kelly Speakes-Backman is the Acting Assistant Secretary and Principal Deputy Assistant Secretary for the Office of Energy Efficiency and Renewable Energy (EERE) at the U.S. Department of Energy. In her role, Speakes-Backman leads and directs EERE, focused on creating and sustaining American leadership in the transition to a global clean energy economy. She oversees the planning and execution of the organization’s $2.8B portfolio of research, development, demonstration, and deployment activities in energy efficiency, renewable energy, and sustainable transportation.

Speakes-Backman most recently served as the first CEO of the Energy Storage Association, the national trade organization for the energy storage industry. She has spent more than 20 years working in energy and environmental issues in the public, NGO, and private sectors. In 2019, Speakes-Backman was honored by The Cleanie Awards as Woman of the Year.