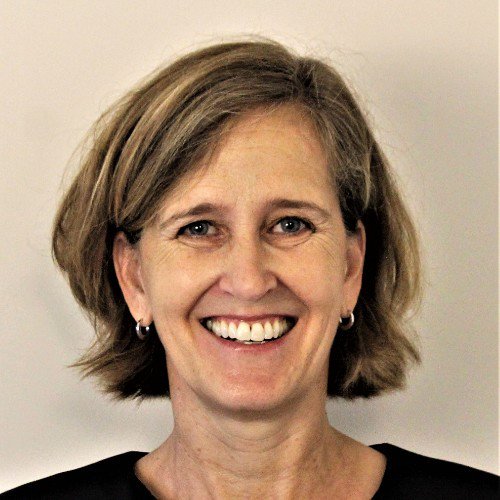 Chair of our Maryland LCV Board

Lynn Heller, Chair of our Maryland LCV Chair, is founder and CEO of the Climate Access Fund, a Baltimore-based organization that uses innovative financing to reduce the energy burden of low-income Maryland residents through clean energy. Prior to launching the Climate Access Fund, Lynn served as vice president of the Abell Foundation, where she oversaw the foundation’s operations and managed the foundation’s environmental grants portfolio. Before joining the Foundation, Ms. Heller worked as a strategic planning and management consultant to nonprofit organizations in Maryland for more than a decade. Ms. Heller served for nine years as a founding member of the Baltimore Sustainability Commission, and is a former member of the Maryland Commission on Climate Change. 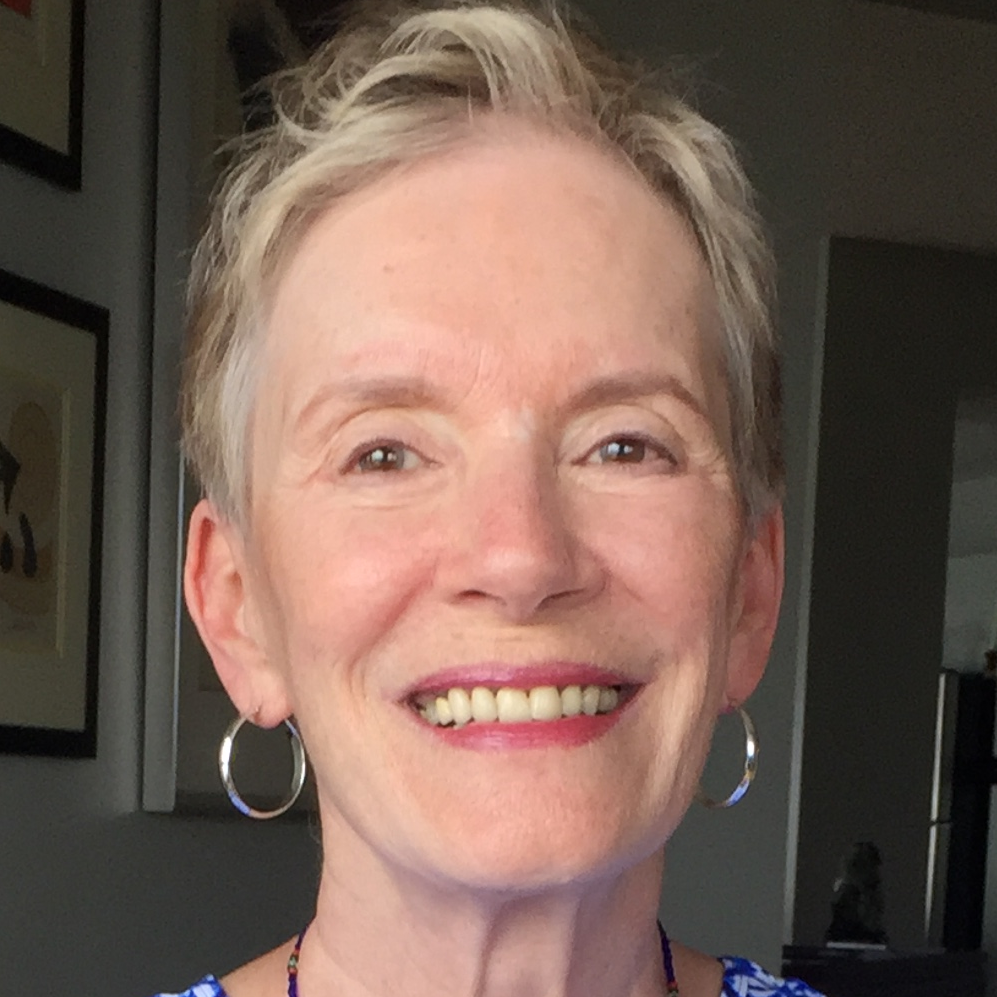 Maris St. Cyr is Vice Chair. Maris is retired following a 30-year professional career in marketing and communications. She held senior marketing positions at the National Aquarium in Baltimore, the Maryland Science Center, Planned Parenthood of Maryland, and the Johns Hopkins University School of Continuing Studies during which time she served on national, regional, and local boards and advisory committees. In retirement, she has continued to participate in the non-profit arena, producing fundraising events for Baltimore area non-profit organizations. 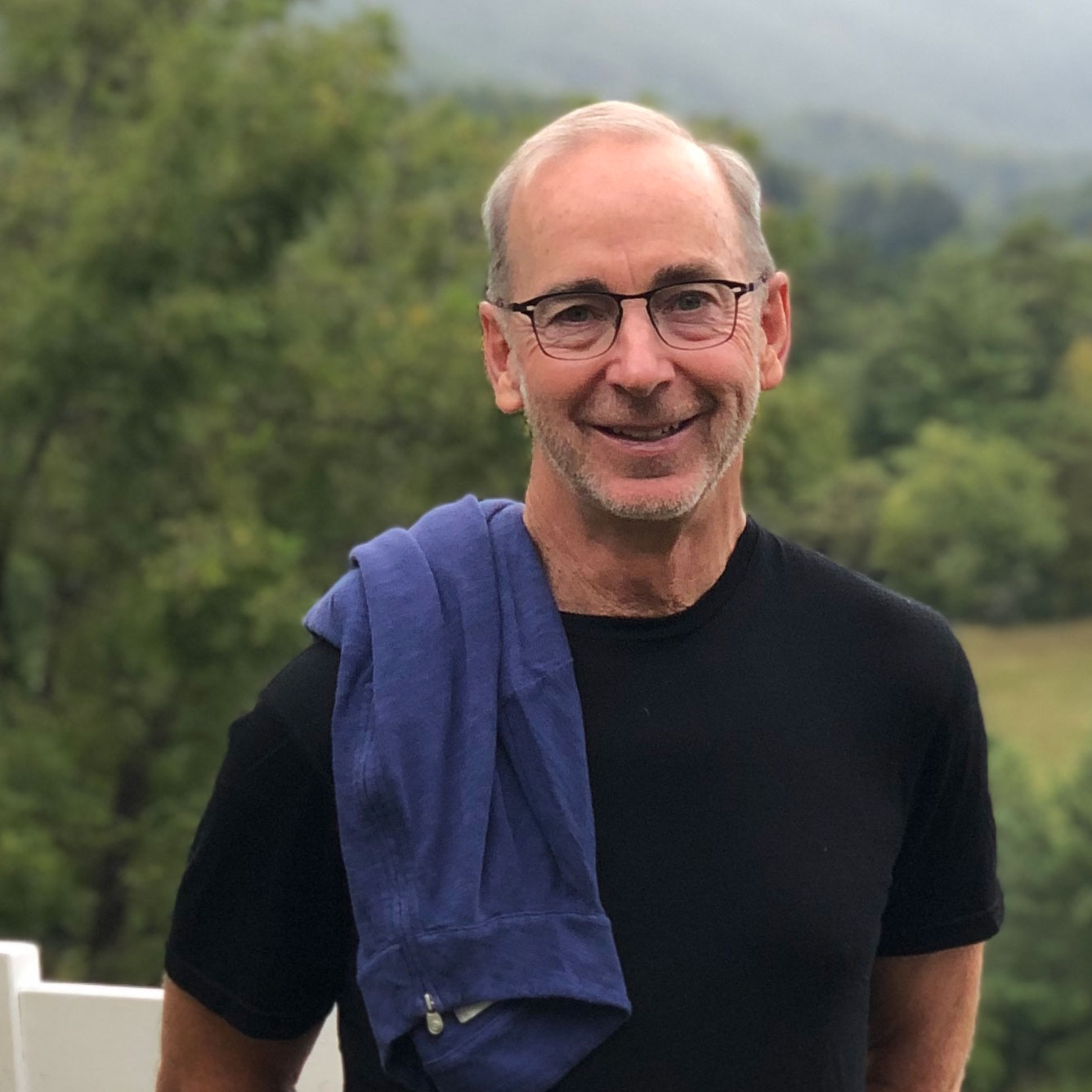 Mike Davis, our Treasurer, joined our board in 2017. A native Marylander, Mike’s childhood included enjoying the Chesapeake Bay and Appalachian mountains on a regular basis. After earning a degree in biology and chemistry, he joined a startup computer software firm here in Maryland and started a family in Severna Park where he still lives today. Volunteering on behalf of Maryland’s environment for the past 20 years has allowed him to reconnect with his love of science while working to protect our precious natural resources. 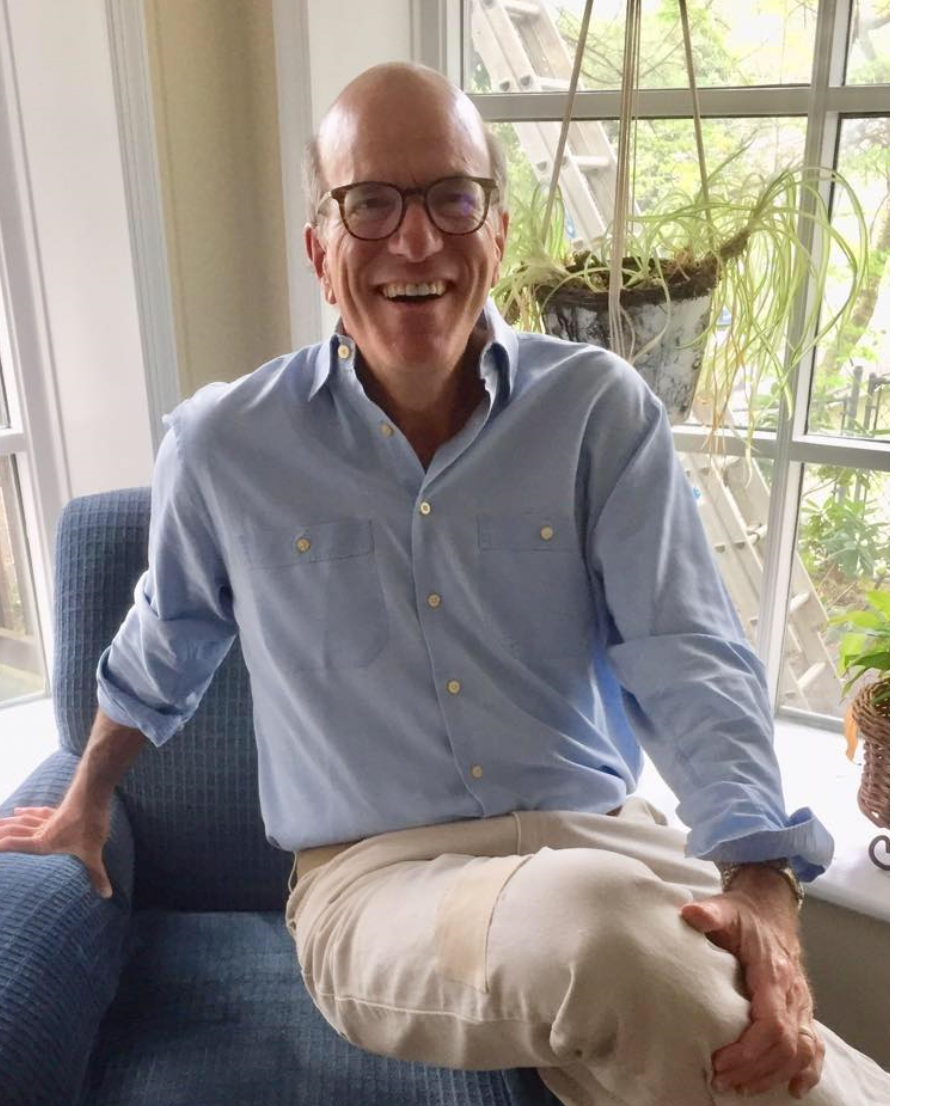 Ed Hatcher, former Chair of our Maryland LCV Board, founded The Hatcher Group in fall 2000 after more than 15 years working in the media and legislative arenas. Based in the Washington DC area, The Hatcher Group is a national communications firm that works with foundations and nonprofits to advance social change. Prior to forming The Hatcher Group, Ed worked at Burness Communications, where he helped manage national policy and outreach campaigns for several foundations. He served as chief of staff to U.S. Representatives Jane Harman (D-CA) and Robert T. Matsui (D-CA) and press secretary to U.S. Senator George Mitchell (D-ME) and U.S. Rep. Robin Britt (D-NC). He spent five years as director of congressional affairs for the American Electronics Association and three years as director of public affairs for the American Sociological Association. Early in his career, he worked as a reporter at United Press International and several North Carolina newspapers. He is a former president of the Association of House Democratic Press Secretaries and fellow at the Capitol Hill Historical Society. He is a member of the Maryland Clean Energy Center Advisory Council and holds a BA in English and history from Duke University, a MS from the Columbia University School of Journalism, and an MA in American history from the University of Maryland, College Park. 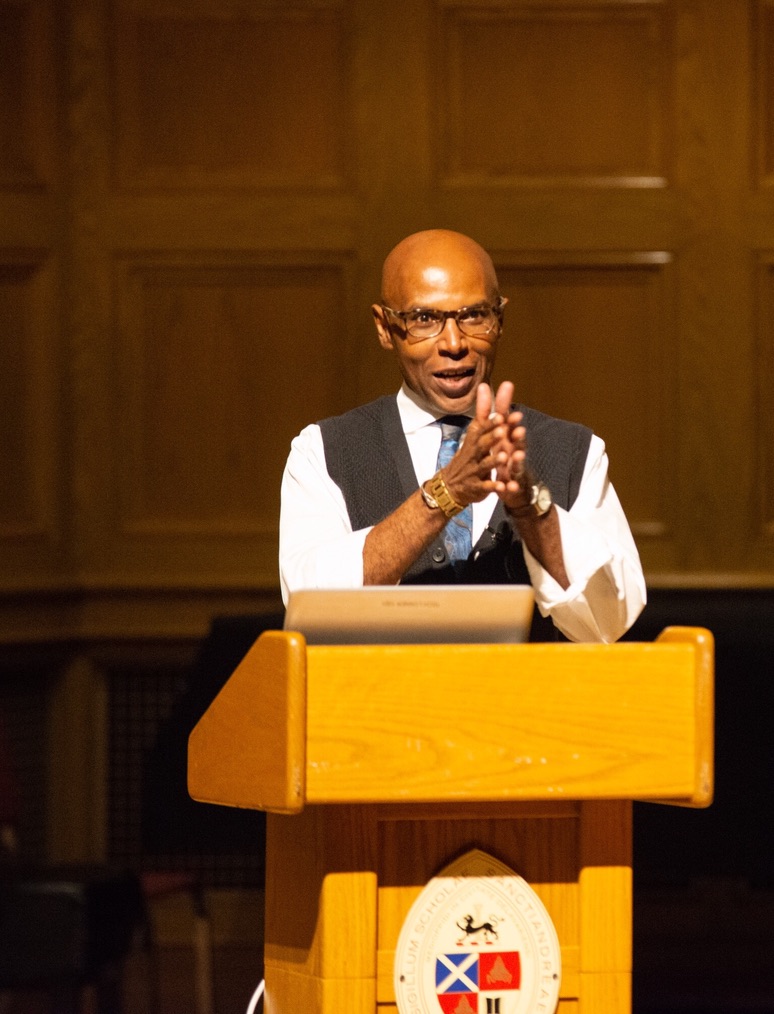 Before joining UMCES, Clarke served as the executive director of the Town Creek Foundation, a private philanthropic foundation dedicated to a sustainable environment. His previous philanthropic experience includes assignments as a program officer with the Turner Foundation managing a grant-making portfolio including national water quality and environmental protection and as development director of the Southern Partners Fund supporting social justice organizing in the South. He has also served as co-chair of the Maryland Climate Commission that provides governance for State initiatives to address climate change and as a trustee for Greenpeace USA.

The Hon. Virginia Clagett served in the Maryland House of Delegates, representing Maryland’s District 30 in Anne Arundel County, from 1995 until her 4th term ended in December 2010. Prior to her election to the House, Virginia served on the Anne Arundel County Council from 1974-1994. She is a past treasurer of Women Legislators of Maryland, and was formerly a member of the Chesapeake Bay Trust board of trustees, Maryland Bicycle and Pedestrian Caucus, and the Maryland Green Caucus. 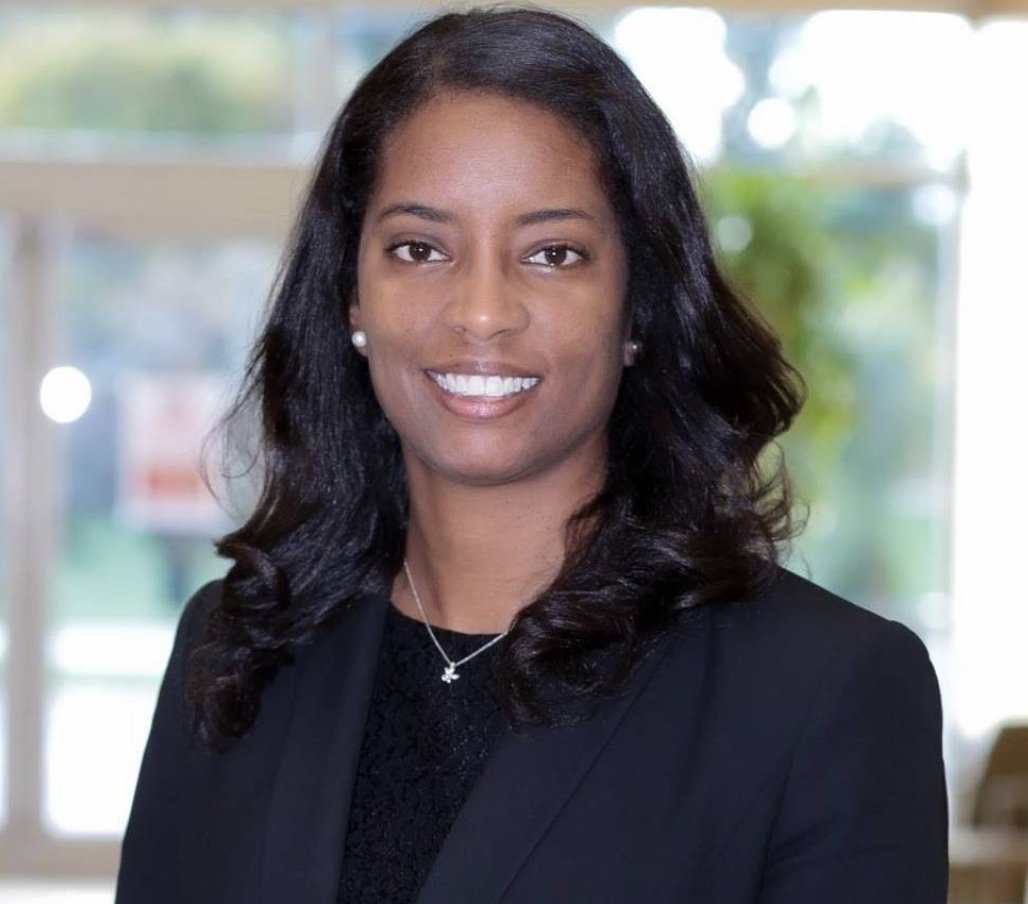 Candace Dodson Reed joined our board in 2018. She serves as the chief of staff at the University of Maryland Baltimore County (UMBC), and was formerly the deputy chief of staff for Howard County government. In 2012, Candace founded the African American Community Roundtable of Howard County, an umbrella group that connects members of the local black community.  Candace co-hosts a podcast called Elevate Maryland and is the proud mother of a college student. 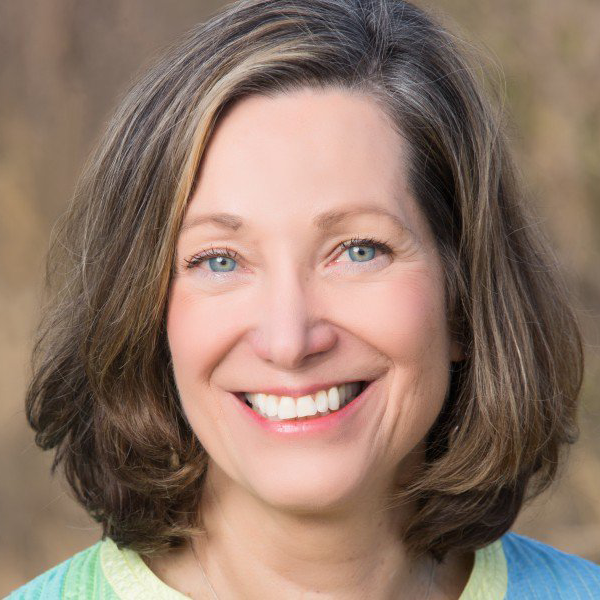 Verna Harrison joined our board in 2016, and is principal of Verna Harrison Associates, LLC, a consulting and philanthropic advising firm, which focuses on providing guidance on collaboration and water strategy at the national level and in the Chesapeake Bay, Delaware River and the Great Lakes. Between 2003-2014, as the first Executive Director of The Keith Campbell Foundation for the Environment, she guided the establishment of the Foundation, managing the development and execution of its $65 million grantmaking in the Chesapeake region. For the previous 20 years she served as Assistant Secretary of the Maryland Department of Natural Resources.

Melanie Hartwig-Davis, joined our board in 2014 and is owner and principal of HD Squared Architects, LLC, which has offices in Edgewater and Cheverly, MD. The firm’s primary focus is sustainable design and interiors. Melanie served on the Maryland LCV Ed Fund Board prior to joining this board. Ms. Hartwig-Davis is currently also on the Steering Committee for the Neighbors of Mayo Peninsula (NOTMP), as well as on the Advisory Board for the Mississippi State College of Architecture, Art and Design. Before moving to Anne Arundel County, she was appointed by County Executive Rushern Baker to serve as a Commissioner of the Washington Suburban Sanitary Commission (WSSC). 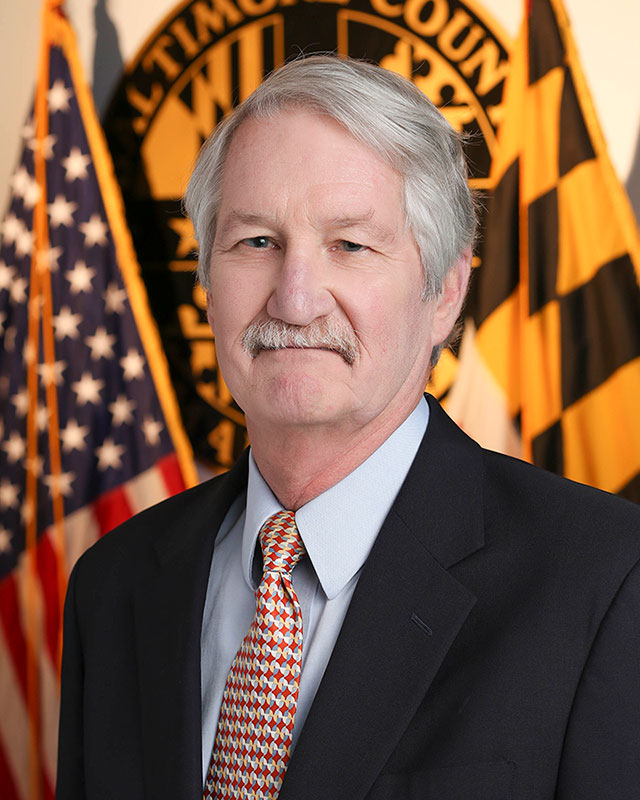 Steve Lafferty served in the Maryland House of Delegates from 2007 to 2019, where he was a leader on issues related to the environment and land use. He now serves as the sustainability officer of Baltimore County. He served as chair of the Baltimore County House Delegation, and chair of the Subcommittee on Land Use and Ethics and the Subcommittee on the Environment. A longtime resident of the Towson area, he has previously served as the Howard County deputy director of planning and zoning and as director of special projects for the Howard County Executive. Lafferty earned a bachelor of arts degree from the University of Maryland, a master of arts from Bowling Green State University, and a J.D. from the University of Baltimore School of Law. 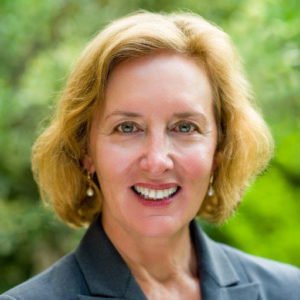 Bonnie Norman was welcomed to the board in 2018. As president of E3 International, LLC, she directs strategic energy advisory services, sustainable energy project development, capacity building, and financial solutions—resulting in over $500 million in clean energy and energy efficiency investment in developing and transition countries. She was a co-founder in 2010 and CEO of E3’s U.S.-focused affiliate, EnerCon Solutions, LLC. Bonnie is on the board of Montgomery County Green Bank, and has served as a board officer at Children’s National Health System. 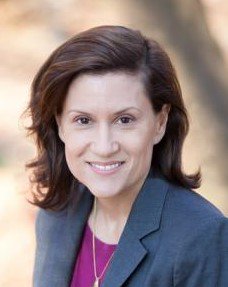 Kitty Thomas is the vice president of external affairs at The Wilderness Society, leading the organization’s communications, marketing and membership teams, as well as the People Outdoors program. In 2019 Kitty also became the executive director of The Wilderness Society Action Fund, the 501c4 affiliate to The Wilderness Society, which shares the mission to protect wilderness and inspire Americans to care for our wild places. Previously, Kitty worked for former U.S. Senator Russ Feingold of Wisconsin for 14 years. She joined his staff to work on campaign finance issues, later became the senator’s speechwriter, and then served as his communications director from 2002 to 2010.