May the Forest Be With Us! 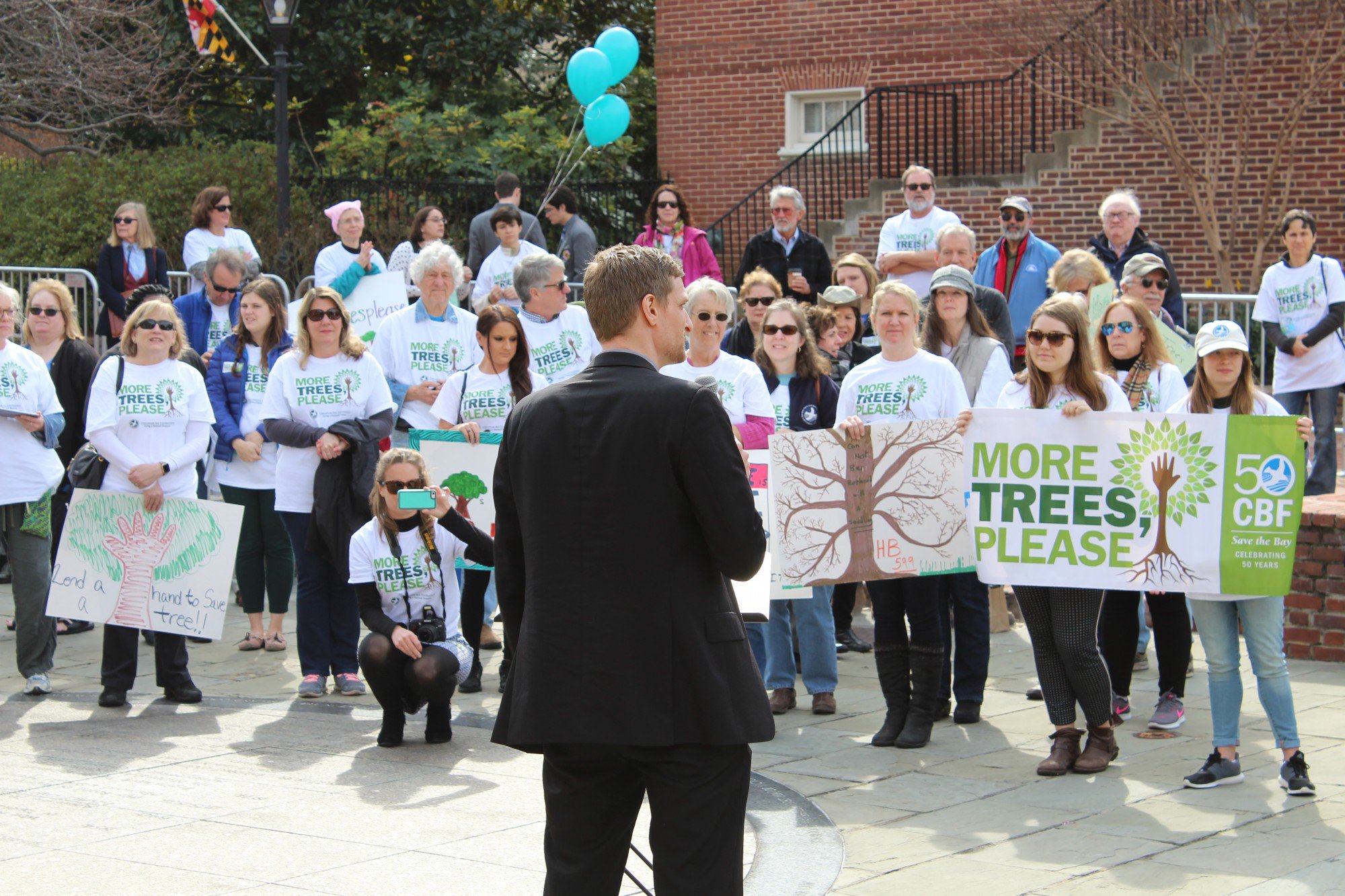 This legislative session, we saw huge wins in Maryland for the environment. We banned Styrofoam take out containers, paved a path for Maryland to produce 100 percent renewable energy by 2040, and protected oyster sanctuaries. But while these grabbed headlines, the two bills I am the most proud of are two small forest bills that you might not have even heard of. One provides for a study of forest loss in Maryland and the other fixes a loophole in Maryland’s Forest Conservation Act. Why are these so important to me? They hit close to home.

Seeing the forest for the trees

I’ve always loved the view from my bedroom – just over the property line is a tiny forest of glittering green leaves and bouncing squirrels that saved me from peering into the rowhomes behind mine. I was looking forward to teaching my new son the names of the birds flitting among the branches as my dad taught me. I’ll always remember the moments trimming back the invasive English ivy lapping up the sides of the trees with my dad as we talked about being a good man, the future, and nothing at all. In a few short years I could start to teach my son about this little patch of nature that gives us so much: air to breathe, water to drink, shade in the summer, and protection from floods. But one spring day last year, ironically while I was researching forest policy for work, I heard the buzz of a chainsaw and saw my favorite blue jay fly frantically from her nest as one tree top after another disappeared from my window view. Within minutes, I could see through the last few trees to realize just how close the neighbors live to me.

I went out and asked the tree crew why they were taking down my little forest. They said someone at the HOA said it looked overgrown. The HOA later said that they did not think the trees needed to be removed, but by then it was too late. It might just be coincidence, but soon after the trees which drank so much water came down, my basement started having new flooding and mold issues. Meanwhile, two blocks away where I used to jog, dozens of acres of forests were being plowed down for a new development. Soon after the local forest was paved over, our neighborhood was plagued with rats, potentially fleeing from the felled forests with nowhere else to go. More forests were coming down on the surrounding roads to make room for new gas stations. As the developments rose, so did the congestion, and now I wait in 45 minutes of traffic on my way home on a once beautiful country road. My little wooded corner of Maryland is changing fast, and I was learning that my story in my town of Crofton was not unique.

When we see forests come down in our neighborhoods, many of us think the same things- Did they have to take down this forest? Were the developers trying to protect as much of the forest as they could? Are trees at least being replanted somewhere else? At Maryland LCV, I often get voters calling us to ask these questions. Unfortunately, when investigating each incident, I usually hit one wall after another. The more I investigate deforestation in Maryland, the more frustrating and complicated it seems.

For years, Maryland has had a landmark Forest Conservation Act and a ‘no net loss of forest’ goal on the books. Under the Forest Conservation Act, developers are supposed to have a forest conservation plan and at least protect or replant an acre for every four they chop down where possible. If they cannot replant or retain forests themselves, they have to pay their county government a ‘fee-in-lieu’ to replant or protect forests elsewhere. The ‘no net loss’ goal is supposed to keep the level of forested land in Maryland at 40 percent across the whole state. However, there are a lot of loopholes and problems with how the laws are working.

The Forest Conservation Act is not functioning as it should. According to a study by the University of Maryland, our oldest, most contiguous, and highest quality forests are the least protected by the Forest Conservation Act. I talked to several county foresters and planners who also are frustrated with the current program. For example, developers must only maintain the forest for a few short years, then there is often nothing stopping vines or other invaders from choking out the forest. There is also almost no transparency required in the system. Some counties proactively have more stringent local ordinances, but in many counties, it is nearly impossible to see the forest conservation plan that developers are supposed to have or even to learn how the counties are using these forest funds they have been collecting. In some counties, literally millions of dollars have piled up in funds from developers preferring to pay fee-in-lieu rather than try to build around trees. In some cases, there are hardly any real county plans to use the money to replant or protect forests at all. In some cases, developers have been able to pay far less than what it costs to plant or protect a forest in that county. There was even a scandal where my previous county executive allegedly gave a huge amount of money meant to protect hundreds or thousands of acres to a personal friend for a small plot of land called Turtle Run.

The Hogan administration has also exploited a loophole in the ‘no net loss’ of forest law to count every single area with a tree as a forest- even a single tree in a box in the middle of a parking lot could be counted as a forest. By counting tree canopy including every street tree as a forest, suddenly Maryland is 10% above its 40% forest cover goal and the administration said there is no problem and nothing to worry about. For years, the Hogan administration has claimed that we don’t have enough data to prove we are losing forests and there is no way of knowing where the problem is coming from or the best way to solve it.

The truth is Maryland is constantly losing forests. According to the best available computer models at the Chesapeake Bay Program, we are losing on average a dozen acres of forests a day in Maryland and could lose 34,000 or more more by 2025. The individual county Forest Conservation Act annual reports only capture a small fraction of this loss, but even these incomplete plans show that developers removed a net of 17,168 acres from 2008 to 2016 without replanting them. 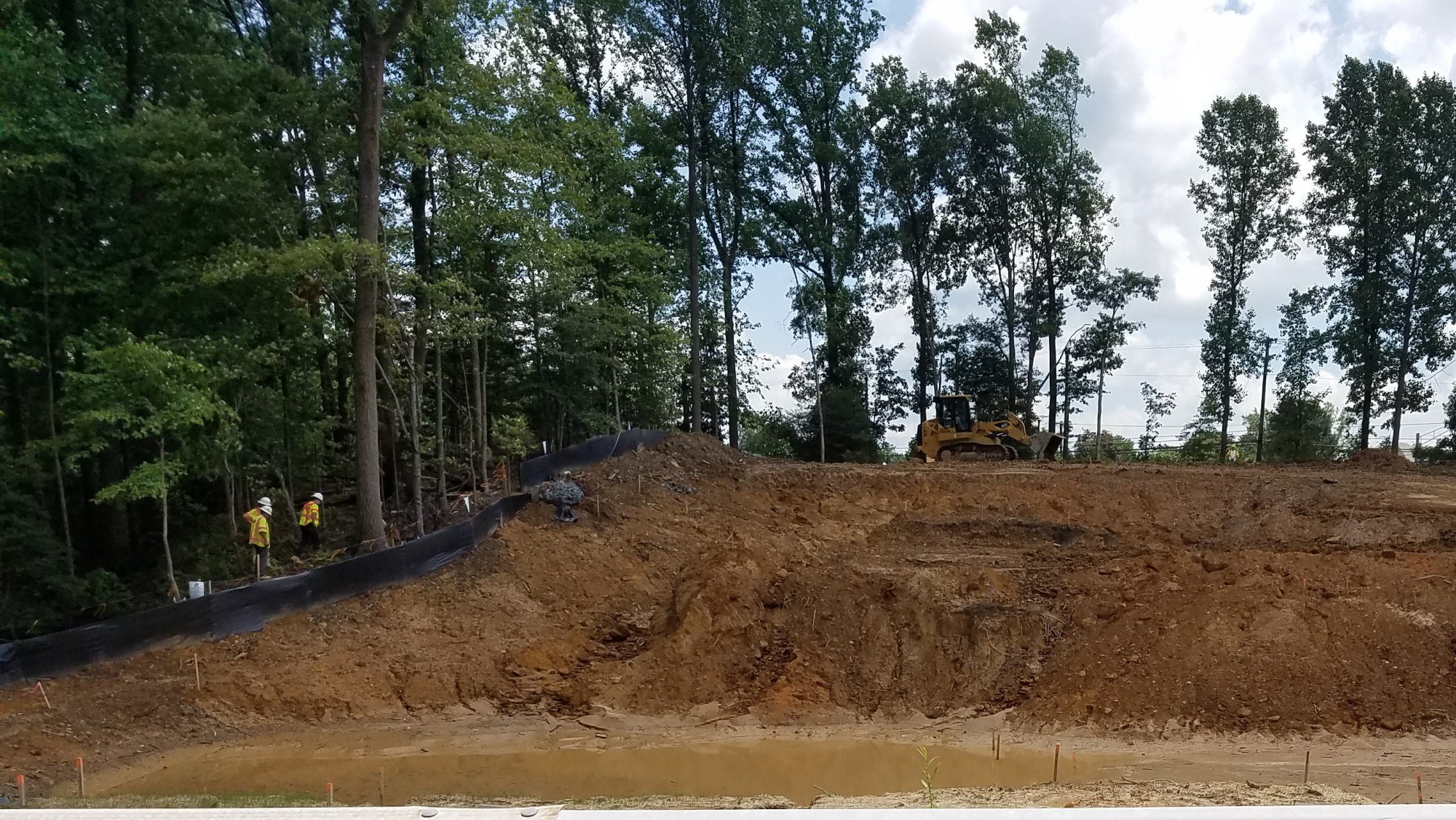 Fighting for the Forests

I was angry, and I was not alone. In fact, independent polling this year shows support among Maryland’s voters for saving forests and protecting trees. 84% of Marylander’s think it is important to save Maryland’s forests even if a development project must move or cost more. Marylander’s have had enough.

More and more nonprofits around Maryland were becoming concerned about this forest loss. By partnering with Chesapeake Bay Foundation (CBF) and Choose Clean Water Coalition, we organized dozens of organizations and over 100 grassroots organizers meeting regularly to strategize and share knowledge. It was time to change some laws. This legislative session, Elaine Lutz at CBF tirelessly led advocacy efforts every day in the halls of Annapolis, met with legislators and kept everyone up to date on the constant shifts and maneuvering through the State House. We had thousands of people sign petitions, call and email their elected officials, and many even came to Annapolis to talk to their legislators face to face. In fact, last year several officials noted they got more calls about forest conservation than any other issue. Not just traditional environmental organizations like Audubon Naturalist Society and Arundel Rivers Federation were fired up, but the faith community was incredibly active and effective as well thanks to the expert leadership of Jodi Rose at Interfaith Partners for the Chesapeake. Different organizations and activists each had a key role to play. Choose Clean Water Coalition was also very useful in providing media and communications assistance throughout the process. I was honored to be able to help coordinate the efforts and add a bit of my own flair. As a true geek and Star Wars fan, I decided to end every meeting, call and email with a simple uplifting message: May the Forest be With Us!

The Developers Strike Back

There was enormous pressure on legislators from the big money developer lobby to stop substantive forest legislation. This lobby stops forest legislation year after year, and this year killed the bill to fix the ‘no net loss’ loophole. These lobbyists confused elected officials with falsehoods and misconstrued data, and they reminded legislators just how much money this lobby puts into their campaigns.

Our Work Pays Off!

Despite the big money, we emerged victorious last month in two of our three forest bills. HB272/SB234 finally fixes the fee-in-lieu system. Now a county can only accept the money from a developer if the county has a plan for how to use it. The counties will have to make their deals much more transparent and publish a public plan every year. This bill was passed with near unanimous vote and supported by the Maryland Association of Counties. Finally, we should start seeing real forests being replanted and protected as the Forest Conservation Act should have been doing all along.

The second bill, HB735/SB729, commissions a study to finally settle the debate on forests. The nonpartisan Hughes Center for Agroecology will look at how much forest we are really losing, determine the root causes of the losses, and explore ways we can fix the problem. The center will clear the issue of street trees vs. forests and better assess where we want to focus development vs. where we want to protect forests. Most importantly, elected officials who get huge donations from the developer lobby will not be able to hide behind their supposed confusion of the facts around forest loss. 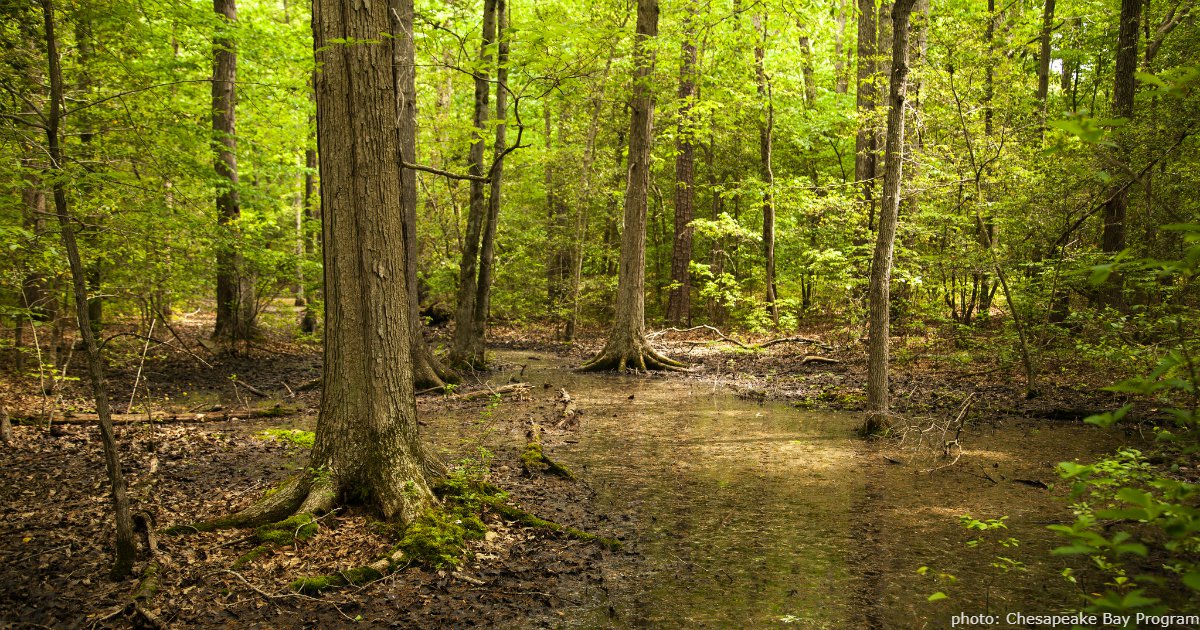 These two bills are not the end but rather the beginning. The coalition we built can now move towards more and better forest policies in years to come- to better create local ordinances in key counties and major state level forest reform as early as 2020. We will be more thoughtful as we decide which forests to remove as we protect our best forests and plan for smarter development. These bills are about to go into effect, and someday soon I hope fewer people will wonder why a forest needlessly came down.  Fewer trees will be chopped down and fewer forests will be lost.

May the Forest Be With Us!