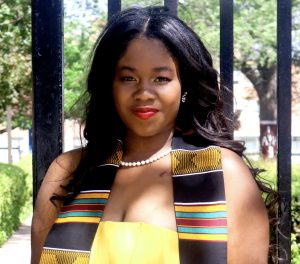 On June 19th, 1865, US Major General Gordan Granger arrived in Galveston, Texas, to deliver news of freedom to over 250,000 enslaved African Americans. The news was delivered in the form of General Order 3 which read,

The people of Texas are informed that, in accordance with a proclamation from the Executive of the United States, all slaves are free. This involves an absolute equality of personal rights and rights of property between former masters and slaves, and the connection heretofore existing between them becomes that between employer and hired labor. The freedmen are advised to remain quietly at their present homes and work for wages. They are informed that they will not be allowed to collect at military posts and that they will not be supported in idleness either there or elsewhere.

The news came 1007 days after confederate troops were forced to retreat at the Battle of Antietam, 901 days after President Abraham Lincoln’s Emancipation Proclamation took effect, 72 days after Robert E. Lee surrendered to Ulysses Grant, ending the Civil War, and 38 days after the last battle was fought at Palmito Ranch, Texas.

Juneteenth is the oldest American celebration of freedom from slavery, and yet enslaved persons in Delaware, Kentucky, and the deep south waited much longer to see their freedom returned.

Today marks the second year that Juneteenth has been celebrated as the 12th federal holiday in the United States, and the moment is bittersweet. I am overjoyed for the recognition of my ancestors’ plight for freedom, yet I am conflicted as I grapple with what sharing this holiday with the entire nation means.

The celebration of Juneteenth offers Americans an opportunity to reflect honestly on the nation’s history of slavery and the American value of freedom. For me, it highlights the painful truth that America’s freedom has never extended to all its citizens equally and there are systems in place dedicated to ensuring inequitable outcomes.

Even after declaring “an absolute equality of personal rights and rights of property between former masters and slaves,” America neglected in various ways to apply and protect those rights and values to formerly enslaved people and their legacies for generations.

By failing to provide a clear plan to end slavery, America left Black people vulnerable, disenfranchised, and subject to the whims of former slave owners. For the next century and a half, Black Americans fought against the ghost of slavery and institutional white supremacy for their humanity to be fully recognized and protected by the country. We are still fighting for those same things today.

From 1865 to the present day, there is a long, troubling, documented history of environmental racism that disproportionately exposes Black communities to negative health impacts associated with varying environmental harms. As a result, the Environmental Justice Movement was born. It led leaders like Dr. Robert Bullard, Dr. Martin Luther King Jr., and Dr. Dorceta Taylor to challenge environmental racism plaguing their communities through education, civic engagement, and political action. In 1991, The United Church of Christ sponsored the First National People of Color Environmental Leadership Summit, out of which came The 17 Principles of Environmental Justice, the core beliefs and guiding values of the movement to this day.

As the political voice of the environment in Maryland, it is important for the Maryland League of Conservation Voters to center and evaluate the impact of our work through this lens of racial equity and justice. It is why passing legislation like the LMI Community Solar bill and the environmental justice language in Climate Solutions Now Act were priorities this past legislative session. They are contemporary examples of equitable environmental policies that seek direct protection and access for historically underserved and overburdened communities.

Systemic problems need systemic solutions. Juneteeth teaches us that societal problems are not easily remedied and to affect true systemic change intentional policy measures must be taken in a coordinated effort between the government and its citizens.

Juneteenth also teaches us the road between policy and implementation deserves that same careful intentional coordination (and an accountability plan) to ensure equity for all. That is why it is critical to elect legislators and government officials who understand and share these principles, and are dedicated to ensuring the best values of this nation extend to all citizens equitably.

For the first time in over 75 years, Maryland has an open seat for every statewide office as well as every member of the Maryland General Assembly. There is a tremendous opportunity in the 2022 elections for this state to set the course for intentional environmental justice leadership and infrastructure in the state of Maryland for decades to come.

This Juneteenth I invite you to contemplate the lessons of the past, apply its wisdom to the present, and hope for a better future for us all; and then vote for candidates that are committed to a healthy environment for everyone in Maryland.

Neka Duckett-Randolph is Maryland LCV’s Election Campaign Manager. She joined the organization this year to mobilize voters and legislators around climate priorities in the upcoming election. Originally from the Southside of Chicago, Neka first came to the east coast in 2013 to attend Howard University. In May of 2016, she interned in LCV’s national campaigns department where she fell in love with grassroots organizing and political advocacy.
keckel2022-06-17T15:14:19-04:00June 17th, 2022|Categories: Blog|0 Comments